When February’s block of the month from the Sugar Block Club dropped into my email I knew I would have to get a wriggle on as hubby was just about to retire and my time would no longer be my own.  But then domesticity and days out got in the way and there I was cutting and sewing two hours before his arrival.  Thankfully it was an easy block to put together and not the treacherous triangles of the previous month and I was able to complete the block and tidy up before he arrived. 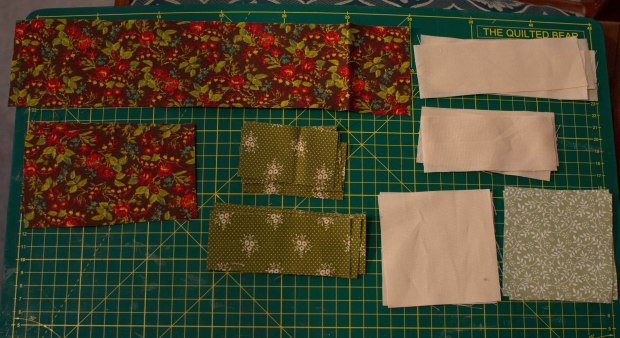 All cut out ready to sew.  I lengthened the longest white strips by 1/8th of an inch as there had been some comments about them being a tad too short, they were only just long enough even then, perhaps I need to practise my 1/4″ seams. 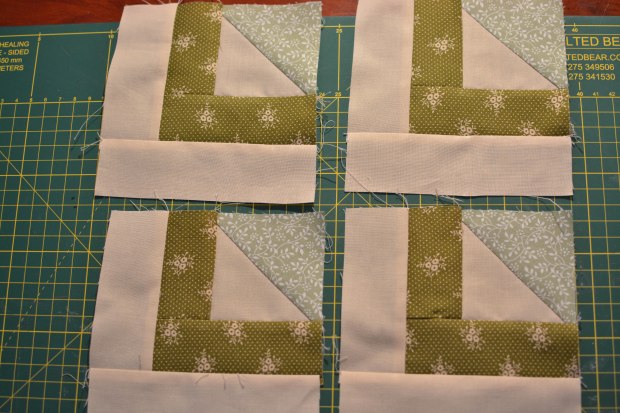 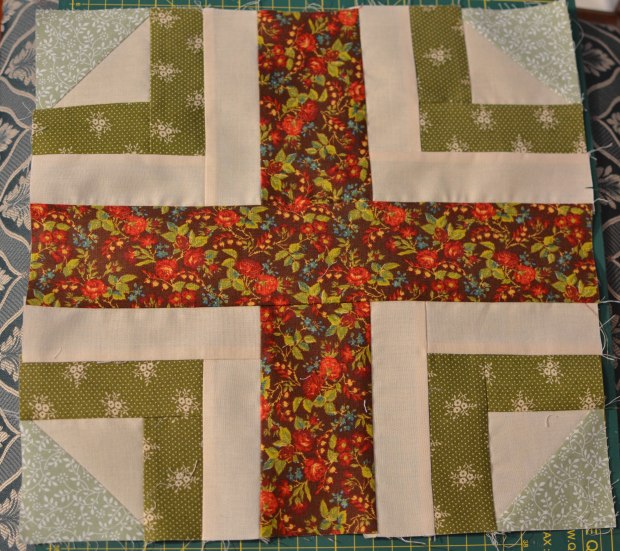 One modern take of a Log Cabin block, finished. 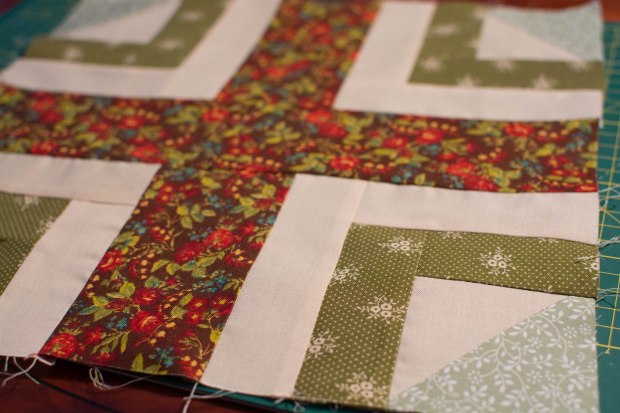 And next to January’s block, they look quite cute together.