My apologies for radio silence but things have been a little bit fraught in this neck of the woods.  Rupert during a reasonably slow run for a Whippet flopped to the ground and whimpered and we quickly realised that he had broken his leg!!!  A clean break across both bones just above the wrist, narrowly missing the growth plate meant a specialist surgeon and after three or so days although he was in incredible pain, with the advent of being bolted back together it looked like everything was going to plan. Until that is the sore from the bandages being too tight started to flair up and got worse and worse and worse, three different antibiotics were given, swaps were taken and a few days later he had to have surgery to remove all the tissue that had become damaged which gave him a huge hole in his leg. He stayed with the vets and the vet nurses who I believe fell deeply for his puppy eyes for a week before coming home.  Since then we have been nursing him. He still has a big wound, but it is beginning to heal.  As you can see not a very pleasant time for any of us.  Never have I been so pleased that I decided to crate train this dog, the first dog we’ve had in forty years that was ever crate trained, it made the experience of confining Rupert so much easier as he already viewed it as home.

In other news we have finally made it to the top of the list and were offered a plot at the allotments. It is on the same track as we were before I went to London and we have already had a nice chat to a few of the potholders,  it has a half brick, half wooden shed, which needs further investigation as to quite understand how it has been put together, very Heath Robinson, its a good size and its secure. There are many fruits bushes, I can see blackberries,  red currants, black currents, raspberries and strawberries, possibly gooseberries. There are three cordons, which I am not sure if they are apple or pear, so that will be interesting to see, apple and blackberry crumble, yum!  The plot was recently turned over so its not full of deep rooted weeds and brambles and it is right next to a communal water butt! It is the epitome of perfection in an allotment.  I’m just looking out for a greenhouse to grow my toms and cucumbers and alter the fencing slightly to make it Rupert safe so he can have a good sniff about and I’ll be back to happily sowing seeds in pots, listening to the birds sing and brewing a cup of tea in the shed. Happy Days indeed.

I’ll finish with a happy little Kingfisher diving for his supper. 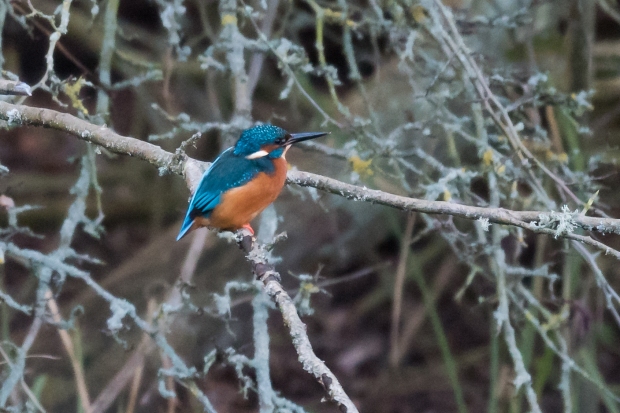 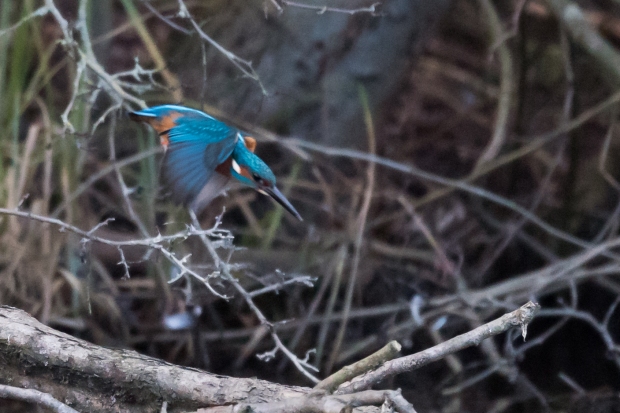 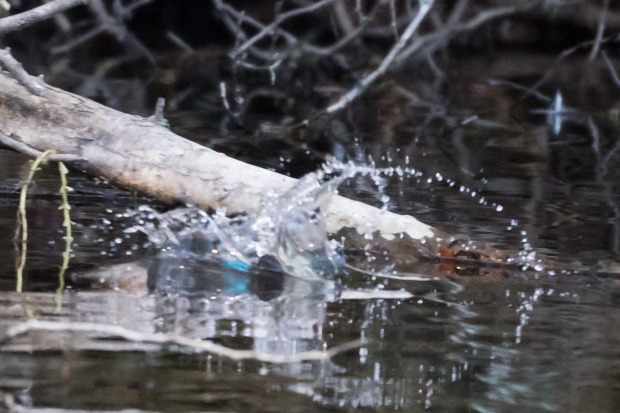