Firstly let me tell you I have just, whilst preparing this blog post about son no.2’s genius invention had a phone call to say we have completed on our London house.  So I can now reveal all, at the end of this post.

The story starts thus, son no.1 had gotten up late, (by this I mean 1.30 in the afternoon) and was dashing around trying to get his things ready for work and was fast running out of time when son no.2 said, “I’ll cook you some lunch” and ushered him out of the kitchen so it was a surprise. 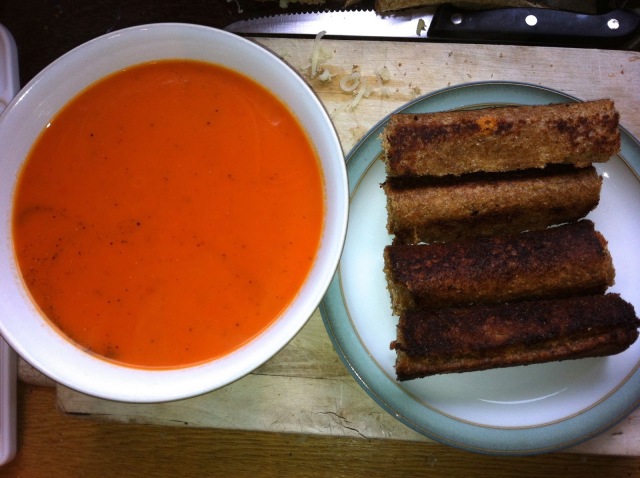 He started to rattle those pots and pans and came up with this.  Heinz tomato soup, heavy on the black pepper and fried cheesy rolls.  They went down a treat, later he showed me what he had done. 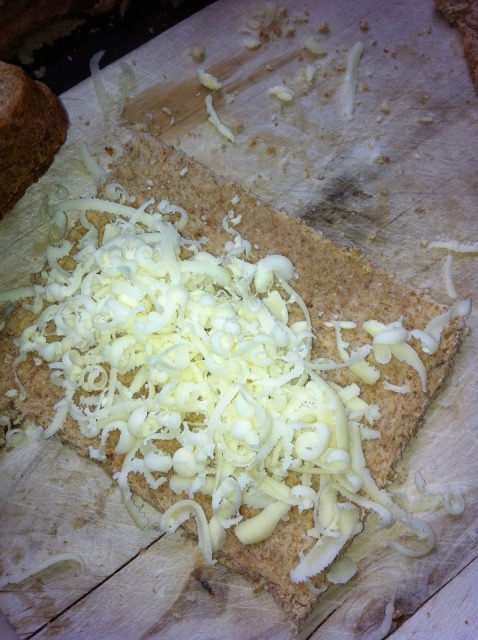 First of all you roll out your bread with a rolling pin, then cut the crusts off.  Then grate cheese over and spread out (this photo was taken before the spreading out)

And roll and squeeze and pinch.

Then shallow fry in a frying pan, turning them as you need to.
They made really delicious treats, with only three ingredients and were perfect to dip into soup and munch on and then munch on without the soup and I couldn’t decide which way I preferred them, they were very good.
Anyway onto other news….
We’ve bought a house, in London, which is crazy, but sensible. Bearing in mind that it is cheaper to buy a property than rent a single room in a shared house, interest rates being what they are.
Do you wanna see it? 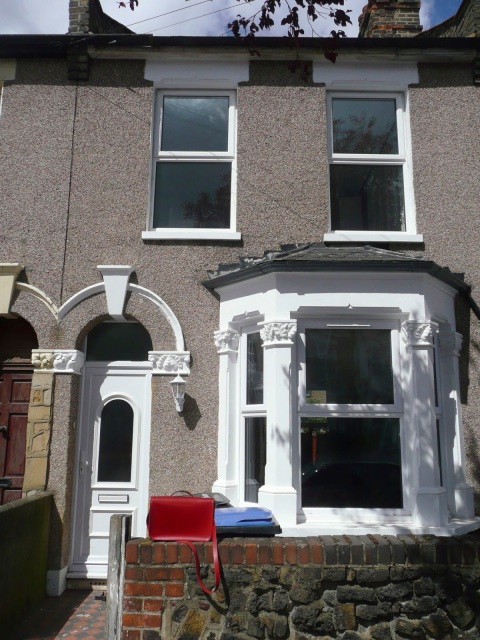 My little three bedroom Victorian terrace, who is 120 years old.  Do you notice the original tiled path, cute isn’t it.
She’s been gutted, rewired, replumbed, new boiler, new radiators, new kitchen, new bathroom, some new windows, re rendered at the back, new outside plumbing, new carpets, all newly decorated.  We are VERY lucky to get her.  (I think she is a girl house)
These photos were taken on our second viewing when we measured up for curtains.

She has a very pretty kitchen, (the garden is a work in progress) which includes integral cooker, hob, freezer, fridge, washing machine and dishwasher! 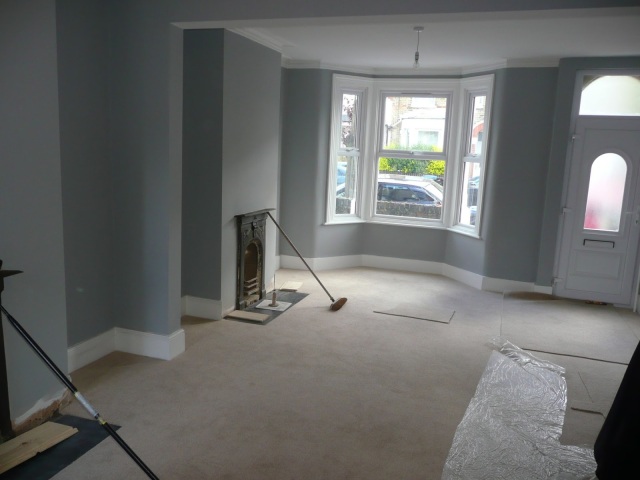 You can see we don’t have a hall way anymore as we have one big room downstairs.  Even with that it still feels very cosy.

Two  fireplaces, with Victorian fireplaces being fitted, that work.

The main bedroom, the avenue is lined with young trees.

The second bedroom.
I can’t actually photograph the third bedroom as its too small, about 6 ft 6″ square, but it has a window and it will make a great study, sewing room.
There is still a little bit of work to do on her, but not very much, hubby will be putting up curtain rails today and I’m meant to be packing up my stuff to move in early next week.
It is very exciting.

6 thoughts on “Cheesy Rolls and our London House.”