August 22, 2013
On my adventures recently I picked up some light weight fabrics for a £1 a metre and a pattern for a blouse. I nearly didn’t pick this up because I am not normally a girl that wears white, (although I think this may be ingrained upon me because I normally live with a house full of animals and now I am on my own its not quite the same) but in the end I picked it up out of the rags bin, all 2.5 meters of it and paid the £2.50, along with the other fabric and the very expensive pattern in comparison.
I then picked up some iron on interfacing and white cotton and I was on my way.  A couple of days later I unwrapped the pattern and started to measure it, then remeasured myself and then did a little bit of maths and worked out where I needed the larger size (the bust) and where on the bust (the front, not the back) and where I was a size smaller (the waist but not the hips).  And made some decisions on the initial cutting out.  I then altered the armholes (because they were huge) and the sleeves, but kept the length of the sleeves as until you have made a toile up and tried it on you really don’t know exactly where the cuff will fall and how the sleeve will bend.
And then I set to work cutting it out and making it up as you do.  But it was quite technical not made any easier by the fact that the fabric was almost identical in poor light on the right and wrong side and as I was aiming for something that might not be perfect but might still be wearable, the darkening evenings often stopped me working.  That and my brain sometimes just needed to think things through, hubby became used to long pauses in our telephone conversations accompanied with, ‘oh, that’s how it goes’ and a quick, ‘I’ll ring you back later’ as my subconscious brain had been working through the problems whilst I was chatting away.  Him being a bear of a very big brain which works on engineering problems of great complexity completely understood as I wandered away to put the next stage together.

And at the start of the week we got to something like this, 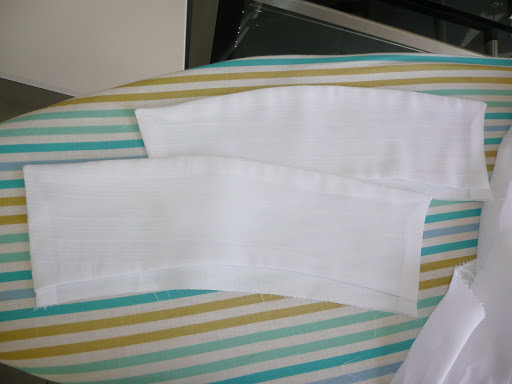 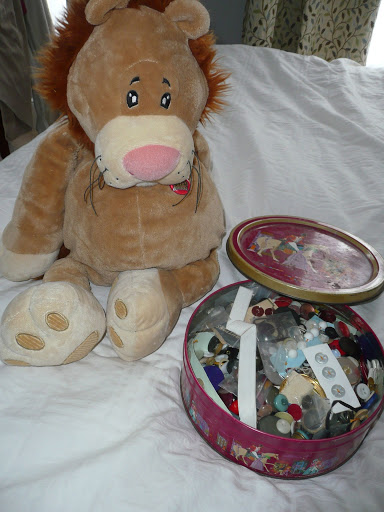 And this morning we had finished all of the work apart from the buttons.
So Sir Lancelot and I got the old button tin out, the one I had played with as a child that was given to me by my mother a few weeks ago.  But to be honest there wasn’t a full set of the 12 (or so) buttons I will need. 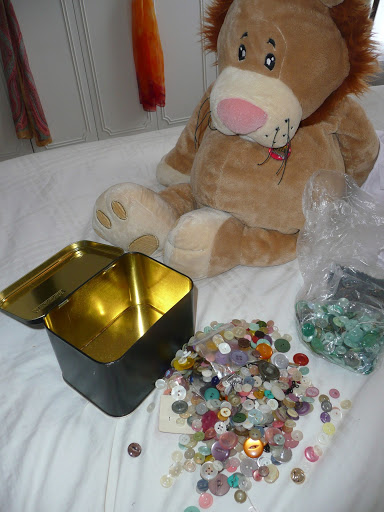 So we got the other button tin out, given to me by my Mother in law, many years ago. 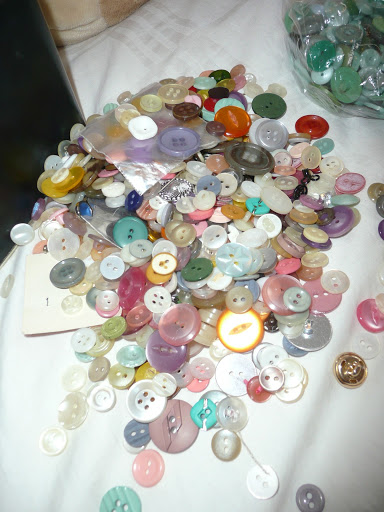 And try as we might, Sir Lancelot and I couldn’t find enough of the same buttons that would work.
Sir Lancelot suggested we go on a button finding mission, so I showed him on a map where there were some fabric shops I wanted to visit.  After Sir Lancelot got over the shock of seeing so many fabric shops together he said, ‘it was a very good idea but that he would have to consult his diary, and could I make a cake to take with us? As sustenance would definitely be required – and a Lion with the hunger shakes is not a pretty sight’.  I said I would. 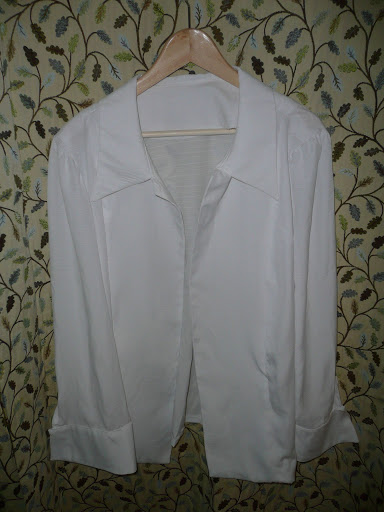 But until we get some buttons, here is the finished blouse. 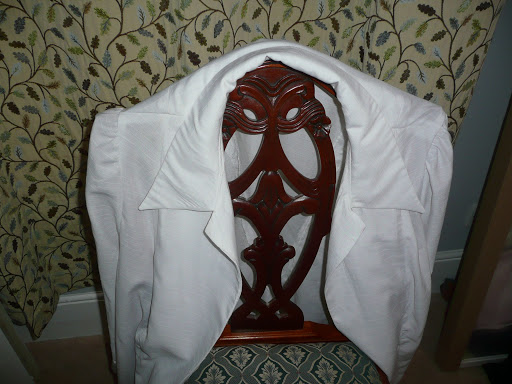 I am really pleased with it, I think its slightly short on the length of the sleeve, but not noticeably when I have my arms straight and I really need to read up on fittings to get a feel for what I need to do to alter that – if anything. 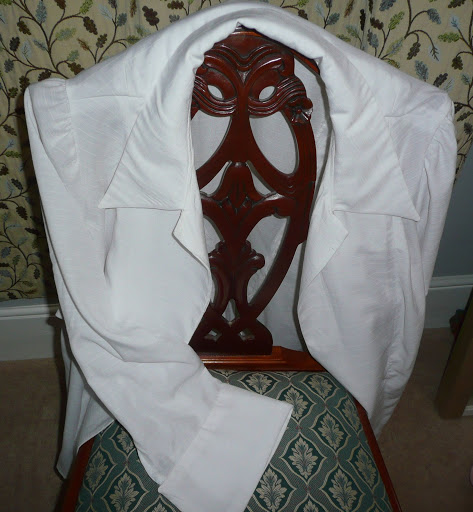 But it is smart and I’ve tried it on with a pair of smart black jeans and it looks quite classy – which is not like me at all.

Just got to find me some buttons.

One thought on “A toile for a blouse”