My pink winter dressing gown was bought just before going into hospital to give birth to son no.2 some twenty three years ago.  It still looks almost brand new, what is a girl to do, when her dressing gown, that she has grown rather bored with refuses to curl up and die.  A girl takes to the stores in search of cheap fabric in the very end of the sales and luckily for her she found some lovely fabrics at £4.00 a metre instead of £16.00  and Simplicity pattern 5314 – a two hour extravaganza of sewing time.

Once started, many, many hours later, quite a lot longer than two hours…. I had this. 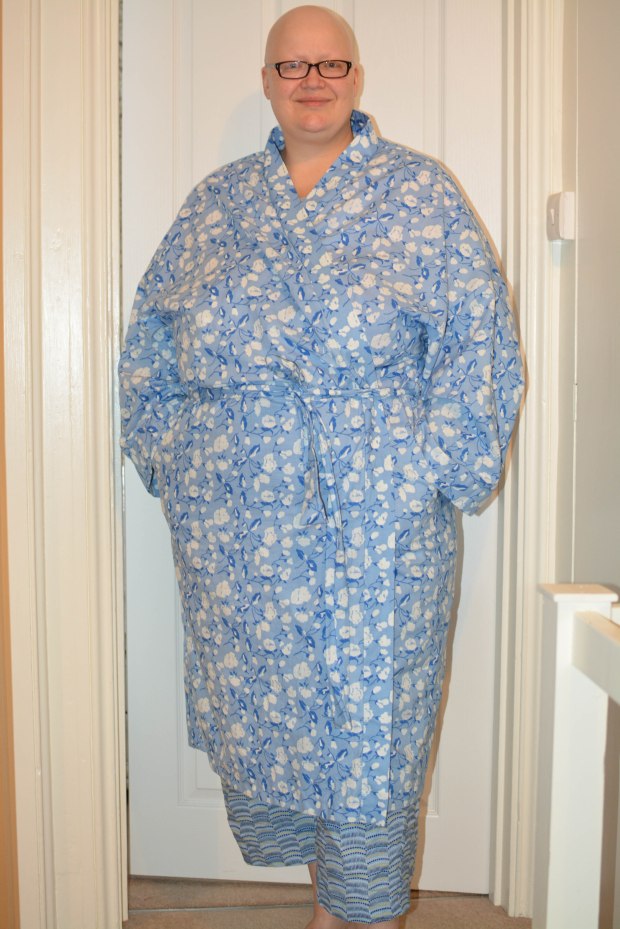 A new summer dressing gown, with pockets and internal ties, belt loops, a belt and a tape loop to hang it with.  The sleeves have been made to the right length and its a lovely fit.

I made a quick pair of pyjama bottoms in a three quarter length as I’d only bought two metres, which makes them ideal for the summer, well most of the year really.  I  made a casing and elasticated the top rather than follow the pattern.  I also made a quick change as to how I attached the band on the front of the dressing gown, whipping it through my over locker rather than the more complicated way the pattern wanted you to use – probably because it didn’t require the use of said over locker.

And then you get a quick shot of me creasing up. 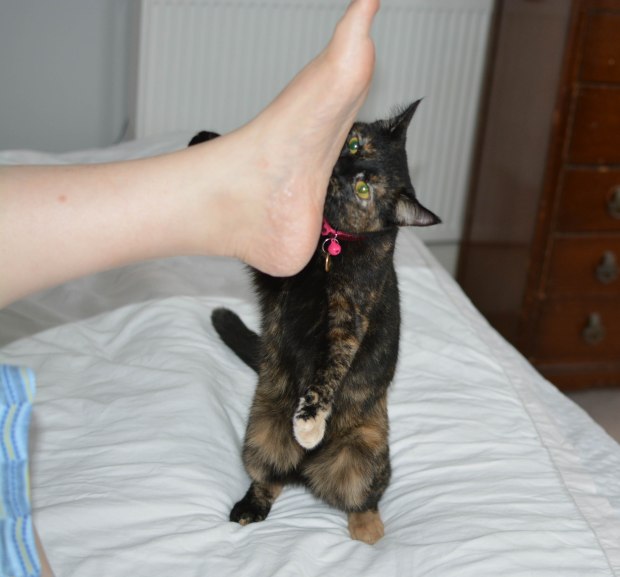 As I’m being attacked by a fierce pussy cat.

Back to the dressing gown, I keep trying to train my photographer, there are some great shots of my face, dressing gowns a bit blurry though, but you get the idea.

One thought on “A vision in Blue..”