When hubby and I saw Jeff Wayne’s War of the Worlds advertised as a musical with Jeff Wayne conducting, our faces lit up.  I have loved War of the Worlds since 1978 when I was 12 and its wonderful music came drifting out of my older brothers bedroom almost constantly for the next 2 years. I adored hearing it on a Sunday morning as I was snuggled up under my duvet, bright sunshine streaming through the curtains listening to the wonder that is War of the Worlds, almost indefinable, never once heard forgotten.

So as you can imagine, to see War of the Worlds musical with Jeff Wayne conducting, well that was a once in a lifetime opportunity and we were both giddy with excitement. 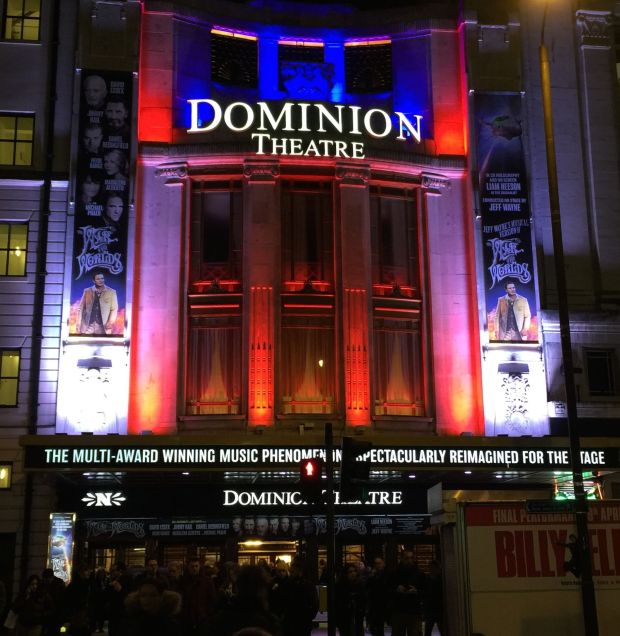 We trotted off to the Dominion Theatre, handily placed directly opposite Tottenham Court Road underground. 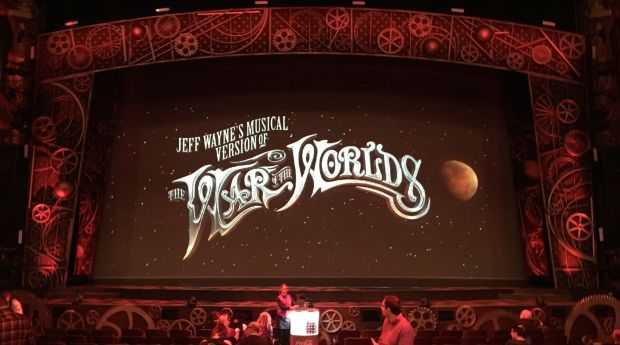 And took our seats.

We absolutely adored the show.  The show starts with Jeff Wayne conducting an impressive and beautifully positioned orchestra at the back of the stage, his passion and energy truly evident, sending a shiver of excitement and delight through me. It certainly set the scene for a highly enjoyable evening. There were powerful visual scenes, notably with a walking twelve foot high martian, dynamic pyrotechnics, highly skilled musicians all brought to life with dancers (the red weed was extremely good) and wonderful singing. There are a few tiny flaws, occasionally it was difficult to hear the narration, but that didn’t take away from the raw splendor of the evening. Hubby and I absolutely adored it and think it is the best musical we have ever seen. The standing ovation at the end when Jeff Wayne came forward for his bow just illustrated that we were not the only ones to think like this. It was magnificent.

On at the Dominion Theatre until 30th April.