It is a sad fact that it always takes longer than one might imagine to produce a crop of tomatoes,  what with them being a Mediterranean plant and needing a long and bright growing season.  In this country, traditionally and certainly long before the advent of double glazing rather than a frosty windowsill the preferred spot to start the seeds off by the keen amateur grower was on the top of a nice warm television in the days when they were nice and deep, preferably on Boxing day.  You can imagine the fuss this caused, when the majority of the household was still in a festive and entertaining mood.

As hubby only decided to retire in February, we were too late to sow seeds and get good solid growth on our own tomatoes, not least we didn’t own a cold frame or had built a greenhouse, at least one of which we would have needed to prevent long and leggy growth.  We tried to purchase some of our favourite tomatoes which had been grafted onto a vigorous root stock, but they had sold out.  So we were at the mercy of a few garden centres and B & Q.   The garden centres provided us with a few good plants, B & Q were a big disappointment.  The plants were fine until they started to set fruit, and then we realised they had all been mislabelled and we were left with a large supply of a yellow fruiting variety, which was tasteless.  Basically a years work down the drain.  I think I will grumble about this B & Q tomato buying experience for many a long year and warn others to be aware of their quality control.

But moving on their were some successes and we had some beautiful tasty tomatoes, which have come into their own in the summer and early autumn. They are tasty treats to enjoy with relish. 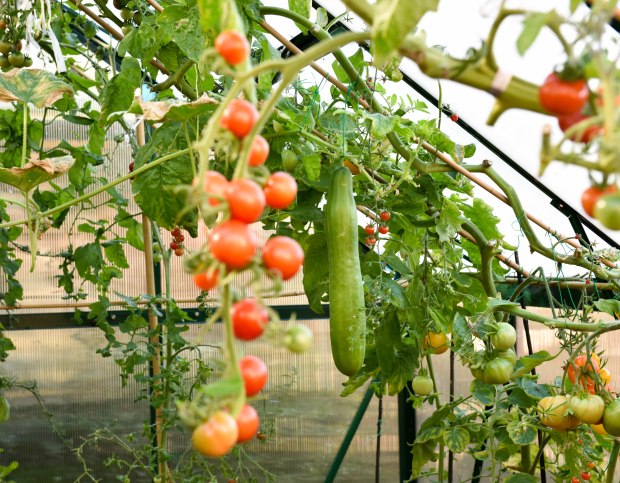 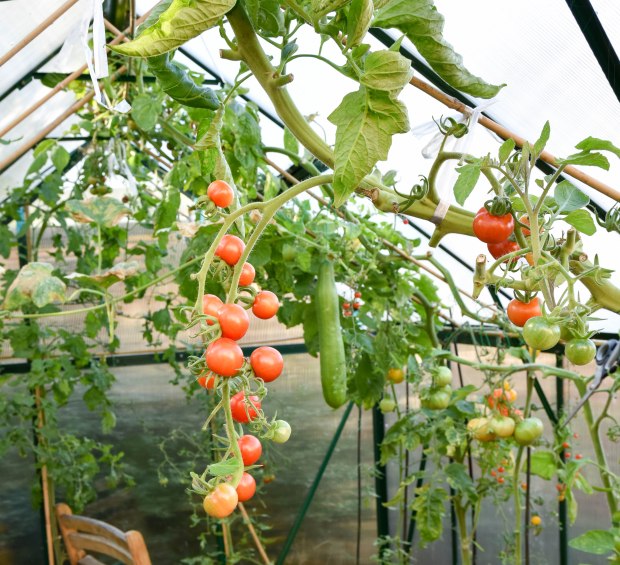 And just as a little extra, our geraniums are still doing well, I am keeping them in this winter as the trial pot that was left through last winter did not freeze and has done well all summer. 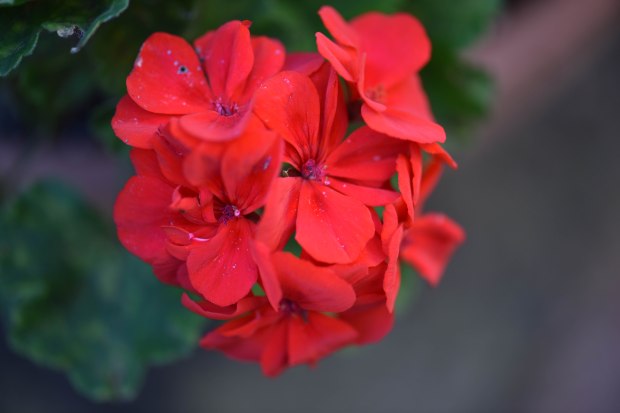 We shall see how successful we are come the spring.