Should anyone ever suffer from loneliness in the middle of the Christmas season, I have accidentally found the most perfect of cures.

Carry around a model of Rudolf the Reindeer and you’ll have more friends than you know what to do with.

Rudolf and I started our adventure together outside the greengrocers in the square, when after much consideration I chose him as my new best friend to come home with me. 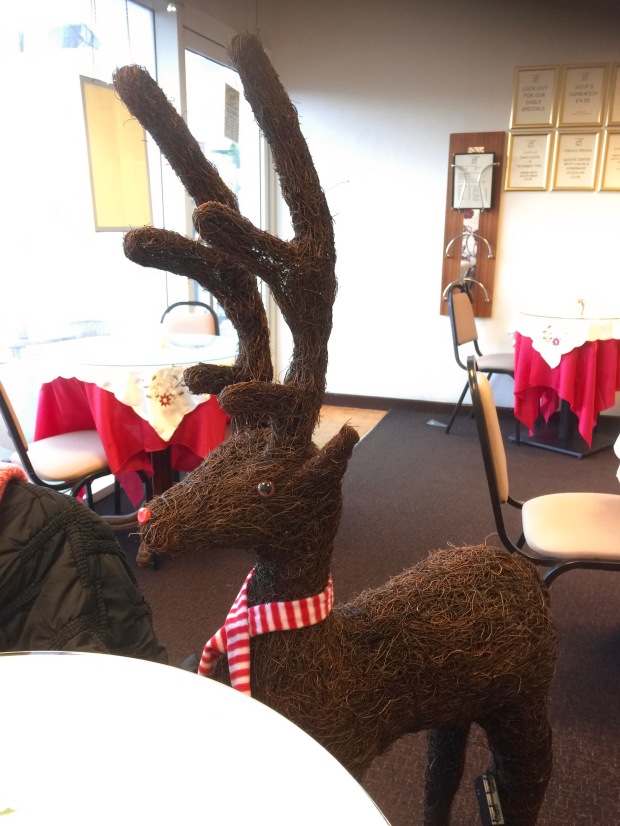 And we went to meet Mum and Dad for a coffee.  On the way we were met with giggles from middle aged women doing their shopping but at the time had no idea of the treat in store for us both. While enjoying our coffee men, women and children of all ages stopped and asked us how Rudolf was getting on, what was his name, what he liked to eat, would he be stabled in the garden or in the house and remark after remark came about just how gorgeous he was.

Next we had to go to Waitress to pick up a few bits and bobs for lunch and decided there was only one sensible route to take, to pop him in a trolly. 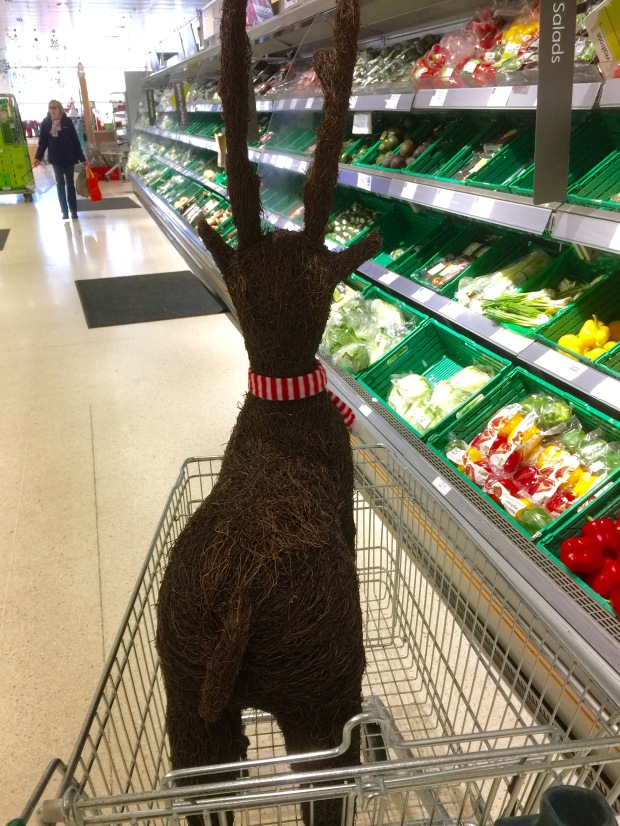 Well, you’d think Santa with all his Elves had turned up everytime I turned a corner.  I was met with gasps and squeals of glee about just how wonderful he was – all the way around the shop.

Rudolf often likes an olive to nibble during the evening. 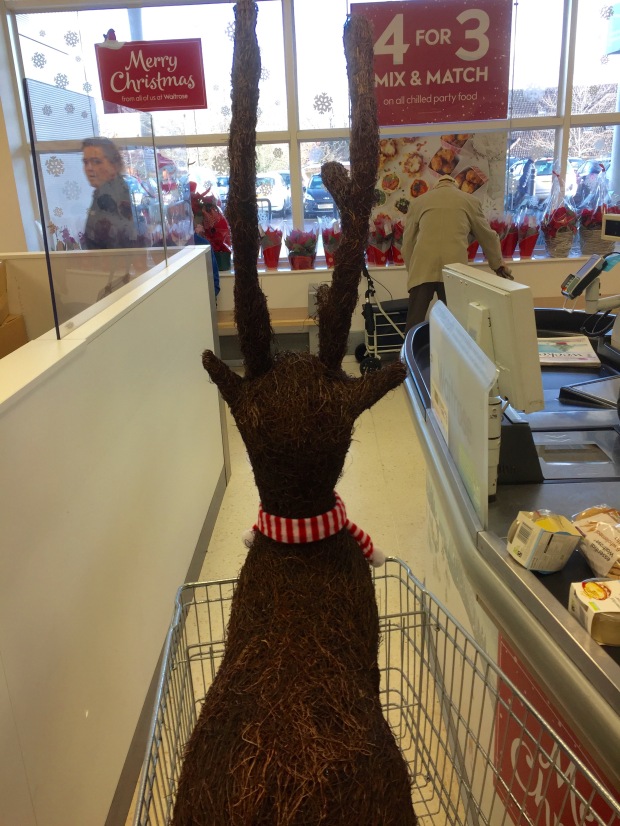 Eventually after lots of children laughing, old people laughing, shop assistants laughing and even some impromptu clapping and lots of gasps of glee, we made our way out of the store.

I must tell you I went to my knitting group the next morning and one of the ladies was telling me about how a wonderful reindeer had been pushed around the store of Waitrose, her friend had told her and she was sad she’d missed it, it was the talk of the town!  I said that was ‘me’.  She looked as though she didn’t quite believe me, until I got my piccies out.

So, should you be feeling a bit glum, grab your nearest reindeer and go for a spin around town, trust me, it will really cheer you up.

One thought on “The ultimate conversation starter.”