April, traditionally in the midlands is a bit of a busy month at the plot, but normally one has managed to do a bit of sowing of seeds and digging in the month of March. But its been wet and cold and in some places snowy, which has set us back considerably.  I’ve heard that farmers are well behind on their wheat and corn planting, which will mean the profit because of the yield at the other end of the year will be much diminished, the cost of British flour and bread may well go up.

Seeing a bit of a gap in the rain we headed up to the plot after an early lunch and set to work. Firstly I decided to sow spring onions. In the past I have grabbed a packet of spring onions on passing them in the seed rack at the end of the season, sown them into a pot outside, forgot about them, the shoots then get mixed up with grass as they have taken a long time to germinate and I then have given up on them. Not very successful one might say.  I’ve been thinking about this problem as I am quite partial to spring onions, so this time I have sown them into individual modules.  One seed, one tiny module. On the packet it said there was 150 seeds in the packet, so I thought that would be okay… there will be a few failures, I’ll transplant them out.. 140 divide by the minimum of  8 we eat a week,  is  about 17 weeks worth.. yep sounds good.

Except, I sowed 120 modules, and had well over 300 seeds left, there was double the amount left than i’d sown, crazy. So I walloped them into a big seed tray, to prick out later when they appear and then wondered where I am going to put 450 spring onions.  I came upon a solution later in the day when I cleared a couple of raised beds of very old strawberries.. with the addition of good compost, i’ll be able to plant them all there and the scary thing is I know we will probably get through them all.

Next I sowed in trays for the greenhouse was butternut squash and more brassicas.. broccoli which was a failure once before, but the memory has faded so worth trying again, cauliflower of the pretty and small Romanesco variety, black kale which I love for italian dishes and a pointy spring cabbage for spring greens late in the autumn.

By this time hubby had rendered to a fine tilth an area big enough to sew carrots, parsnips of which there were two varieties, two rows of beetroot – we love beetroot, and turnips. 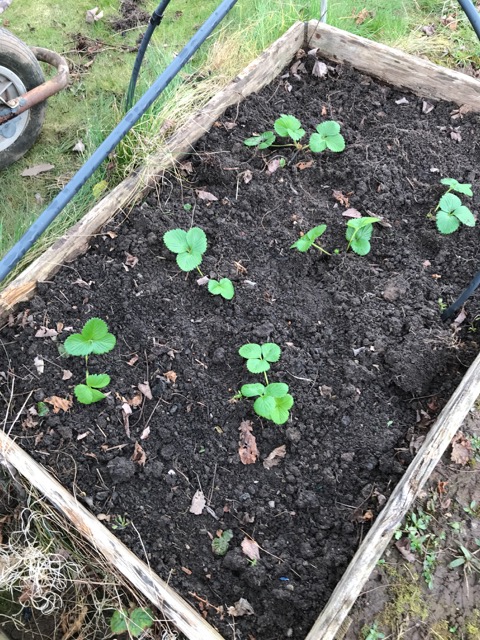 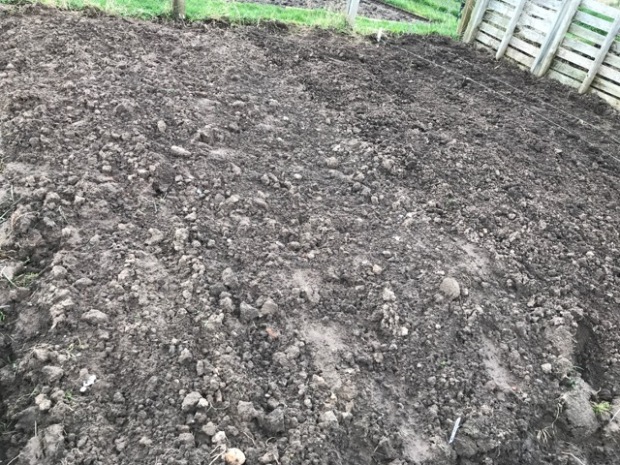 And a whole bed of root vegetables planted – see, I knew you would be impressed!!!

4 thoughts on “April is a busy month at the plot.”