February 24, 2013
This is just a quick post, I’ve been meaning to tell you about it, it was really good fun.
Anyway to cut a long story short, I was reading a blog the other day which directed me to an old radio clip about the Clandestine Cake Club, which in basic terms to you and me, means a guerrilla cake eating opportunity.  You don’t know until two days before where you will be meeting and then you make your cake of your choosing, sometimes with a theme, and go along and meet complete strangers and eat cake, and then share cake and go home in a two hour window.
I was asked to come along as snow meant that some people couldn’t make it. I found that email at 2 p.m. for the event that night,  Eeeek !!! I have lemons, (I am really into my lemons at the moment) eggs and butter, so I think a lemon sponge with home made lemon curd will be nice.  I reckoned that it would be light relief as the theme was Valentines, and as I surmised there was lots of chocolate cake. 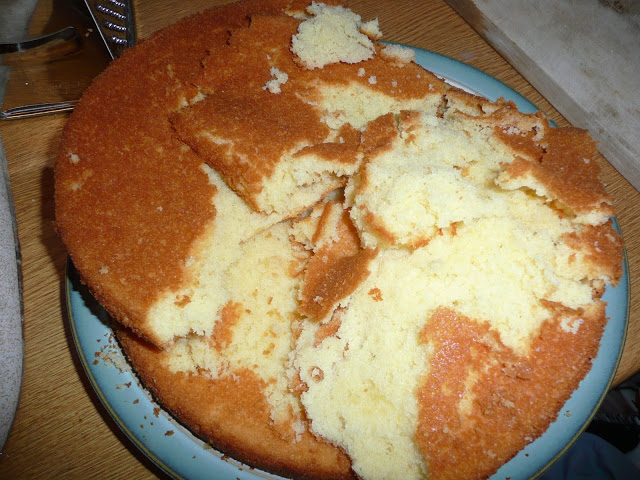 Then I had an epic fail,  I was using new tins and had thought that I wouldn’t need to line them, that was a mistake.  Started again very quickly and made another lemon sponge, had to send son no.1 out for  eggs.  I made the lemon curd in the traditional Mandycharlie way, shove everything in a pan together with some cornflour to stablise and bring up to a burbling simmer. 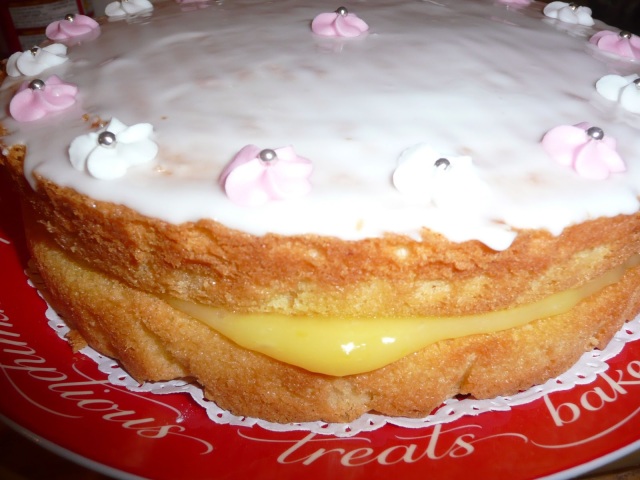 One cake, pretty enough I think, but I still don’t know where I am going, and its five o’clock!
A quick message of ‘help’ on the website and they get back to me with the details, a quick shower and then I’m off.

It was amazing to see all of these different cakes come through the door, we had two tables in the end.

Made some lovely new friends whilst eating cake and drinking tea, we divided up the cakes and then we departed into the night, as though we had never been there.

Although they make it quite clear it is not about judging cakes, all cakes and skill sets are welcome. This was a lovely cake, it had a truffle chocolate centre that was really chocolatey and I think it was this cake, (rather like the last pint was the bad one!) that made me feel quite ill,  next time I am going to take more home to sample in the following days. I don’t know how the others felt because most were taking much bigger slices than me!