For many years I’ve been asking and hoping for a bird feeding station at home but have always been scuppered by my attempts to purchase one – mainly by hubby.   We had one at the allotment for a while which I really enjoyed but for some reason it was lost when we gave up the allotment.  There has always been an excuse or reason not to have a feeding station at home, chickens, cats, etc, etc, but I was listening no longer and set about loading up the trolley with the bird feeder and food last time we were in B & Q and told hubby it was an early birthday present.

After having it for two weeks you’ll be pleased to know that the cats ignore the birds or at best see them as light entertainment and simply lay there and watch them flitting in and out.  So far we have attracted a pair of blackbirds, a couple of fat pigeons, an adolescent group of about 6 Great Tits and a family group of Great Tits, the parents feeding their two offspring the seeds that they collect from the feeders, which is a delight to watch.

My bird photography is still very much in its early stages, but its fun trying to learn. 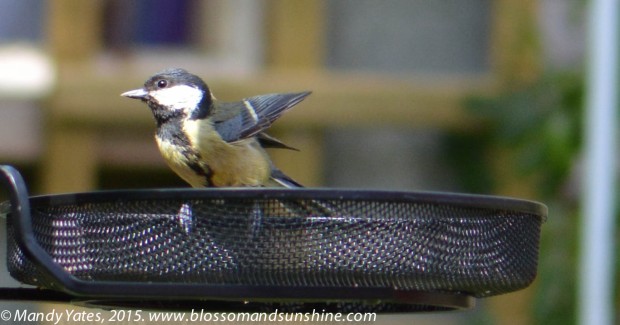 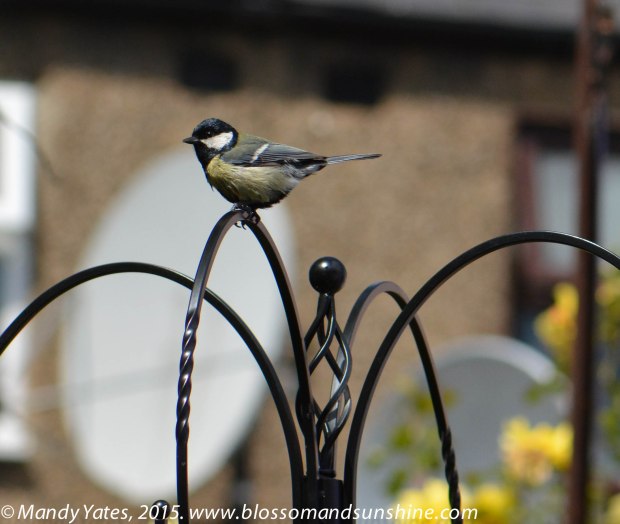 One thought on “Bird Watching.”