Hubby and I had spent a lazy day resting up after a couple of very long days when we decided that we really needed to blow the cobwebs away before celebrating the New Year, so we decided that a trot around Richmond Park was in order.

Hubby wrapped up against the blowiest and coldest day of the winter so far, an earth shattering 10 degrees C. 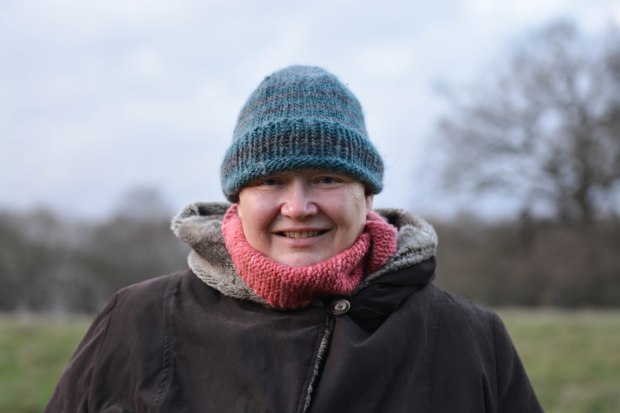 Me as usual feeling the cold just a tad more than hubby, making good using of my scarf as caulking rather than mere decoration.

And then we saw them the Parakeets flying home to roost into the trees behind us, chattering and squawking very loudly as they flew past.  I love the way they almost party in the air as they twist and turn and almost tumble as they fly, its most amusing. 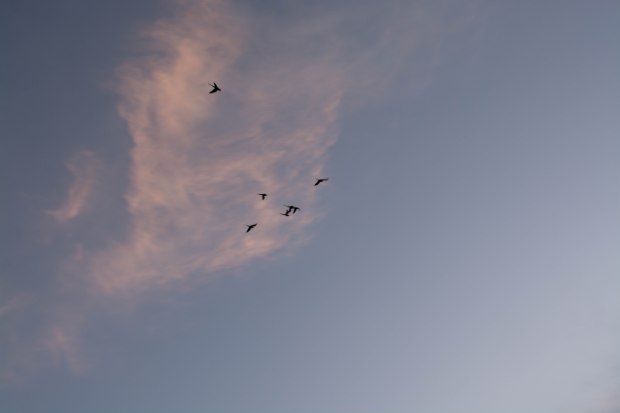 And I wish we had arrived earlier to make better use of the light, as it was fast approaching dark by this point. 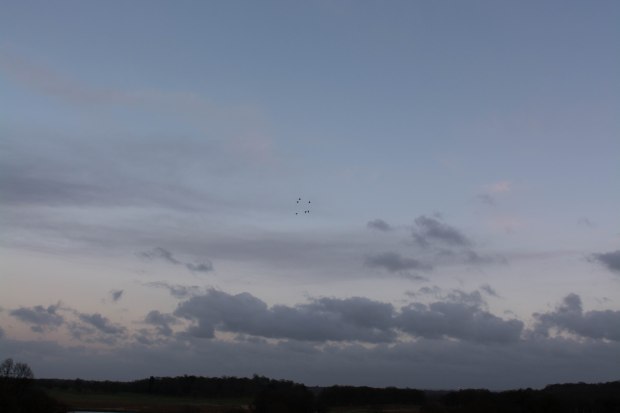 Not only that but a front that was going to be very wet was fast approaching. We had had a good stretch of the legs for an hour and a half so made our way back to the car, in pitch blackness towards the end and just before the heavens opened with the wind gathering speed, it was absolute bliss.